Bholaa is an upcoming Indian movie that will release on 30th March 2023. This is a Bollywood film, ie a Hindi language film.

It is an action thriller film directed by Indian movie filmmaker, producer, and actor Ajay Devgn.

'Bholaa' is a remake of the 2019 superhit Tamil action thriller film 'Kaithi', which was directed by Lokesh Kanagaraj.

Most of the scenes of the film Bholaa have been shot in Mumbai, Hyderabad, and Varanasi.

The shooting of the film has been completed on 6th January 2023 and now the makers have started promoting the film as well.

Recently the posters of the film have also been released, which have been liked by the audience very much.

So let's discuss below the information related to the movie Bholaa like budget, release date, cast, etc. 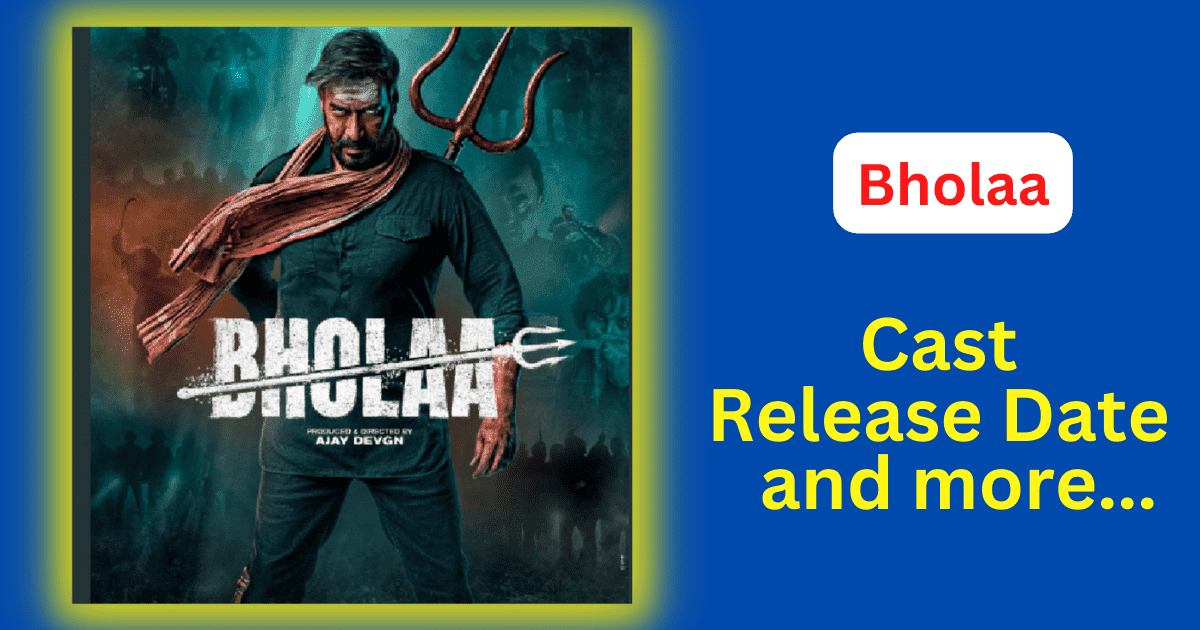 The film Bhola will also feature actor Amit Pandey, who will be seen playing a negative role in the film.
Amit Pandey has appeared in many television serials like Udaan (2018), Kya Haal, Mr. Panchal? (2018), Gathbandhan (2019), Yeh Hai Officepur (2021), and so on.
But through the film Bholaa, he is making his debut in films too.

I hope you liked this article on Bholaa movie. If you liked the article then do comment us and share it with your friends.
Also Read
Tags:
Box Office Collection